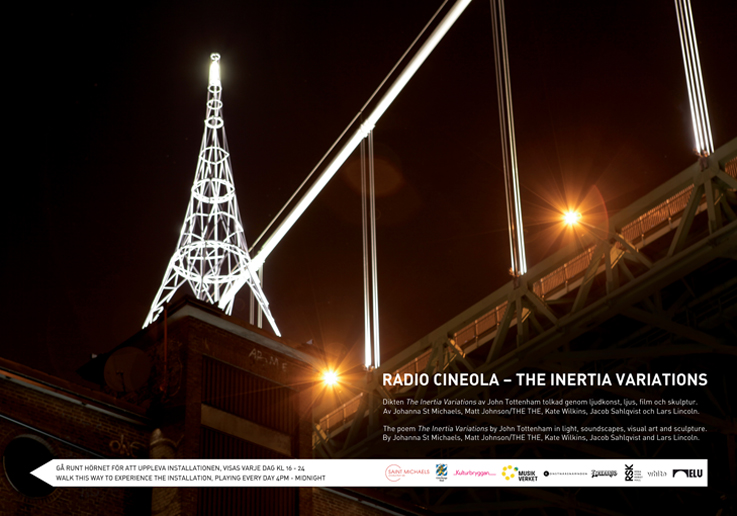 For those not lucky enough to be at the opening of this mixed-medium Anglo-Swedish production at RÖDA STEN KONSTHALL in Goteborg, Sweden, there is still time to head North and catch it in place until the first week of February 2015.

It features a projected audio/visual loop and the stunning new Radio Cineola Tower sculpture. This is just the first phase in an innovating Anglo-Swedish collaboration between Matt Johnson, Johanna Saint Michaels (filmmaker) John Tottenham (poet) Kate Wilkins (light sculptress) Jacob Sahlqvist (architect) and Lars Lincoln (blacksmith) that will be moving to other countries in various guises over the next 12 months.