THE THE announce details of the release of a new single, We Can’t Stop What’s Coming, as part of this year’s Record Store Day, which takes place on Saturday April 22nd 2017.

Released on Cineola (cat no. Cineola 101), it’s their first new song in 15 years and Matt Johnson is joined by former THE THE members Zeke Manyika on percussion, James Eller on bass and Johnny Marr on guitar in order to pay tribute to his late brother Andrew Johnson, aka Andy Dog, who designed many of the bands record sleeves.

Limited to 2000 copies and released as a one-sided 7”, it features etchings of images taken from the sketch books of Andy Dog on the sleeve and flipside of the disc.

The track is taken from The Inertia Variations, an 84-minute documentary film directed by Johanna St Michaels, which forms part of a wider multimedia project inspired by the poem of the same name by British-born, Los Angeles based poet John Tottenham. 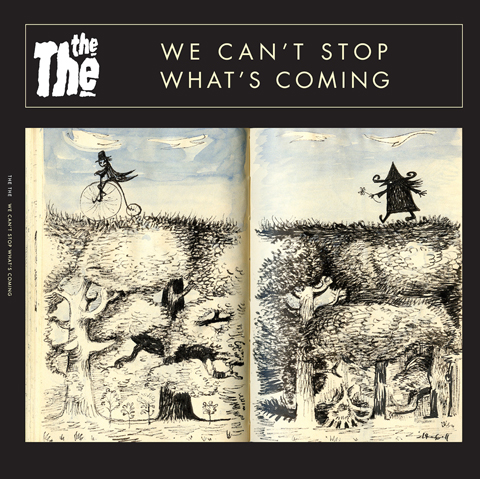