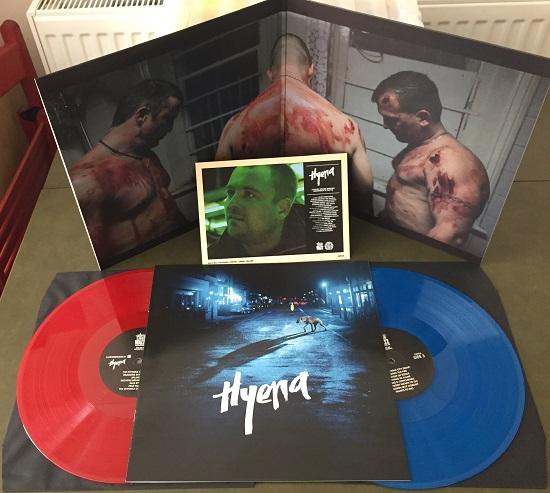 Do you know what would be amazing? If The The announced a comeback this week. I generally don’t have much patience for bands reforming. That depressing schlep to the Roundhouse for pissy-eyed sad dads on lager night. Bands who weren’t even that good in the first place, cramming themselves into girdles and putting on fedoras to hide the bald spots, end up looking like Wonga-generated bailiffs in the process. However, think about it for a second – Matt Johnson putting a large, killer band together and treating us to ‘Giant’, ‘Sweet Bird Of Truth’, ‘Infected’… that would be truly awesome. But here’s the thing – The The never actually threw in the towel; Johnson simply scaled down operations after 2000’s Naked Self, choosing to concentrate on his online audio presence, publishing and making soundtracks instead. And this, to my ears, is easily his best OST so far.

It’s a soundtrack to a brutal looking crime caper shot by his brother Gerard that deals with Albanian drug dealers and corrupt policemen in London. (I’ve not seen it yet but the photos on the packaging alone make me want to rectify this pronto – not to mention the news that it also stars the UK’s most terrifying man, Scouse actor Stephen Graham from Boardwalk Empire and This Is England, not to mention the CBeebies’ Jackanory reboot, Bedtime Story.) Johnson has dusted off some vintage gear, namely a MiniMoog and Roland SH101 as well as an array of analog effects and set it all up in conjunction with a tape delay feedback system, using two multi-head tape recorders; a setup innovated in the early 60s by Terry Riley (and his engineer) who called it the Time Lag Accumulator. It’s a rich, deep and very satisfying listen and those acquainted with Mind Bomb or Burning Blue Soul or Dusk for example will be surprised, I would imagine, at the sublime drones and narcotic ambient passages it contains.

It’s a Death Waltz production, so, y’know, it’s a lovely artefact: a gatefold sleeve double LP (one blood red vinyl disc, one blue disc with the band’s logo), a nice booklet and a sleeve that feels like it was fashioned out of lizard skin. Seriously – touch the sleeve of this LP. It’s what I imagine the fucking Predator feels like after a nice shower and exfoliating scrub. You know, I was talking to Stephen O’Malley once and he said… ha ha ha… he said that the reason that high end vinyl releases come in such high quality, shiny sleeves is… ha ha ha… because collectors like to… ha ha ha… er, no, actually, I’m not going to repeat that in case my mum’s reading. (And in case you didn’t know, there are rumblings of both a box set of Infected and a new The The album ‘proper’ coming out next year, so maybe we will get to see some kind of big live show after all. Watch this space.)